“The Character of You” featuring Steve Henderson 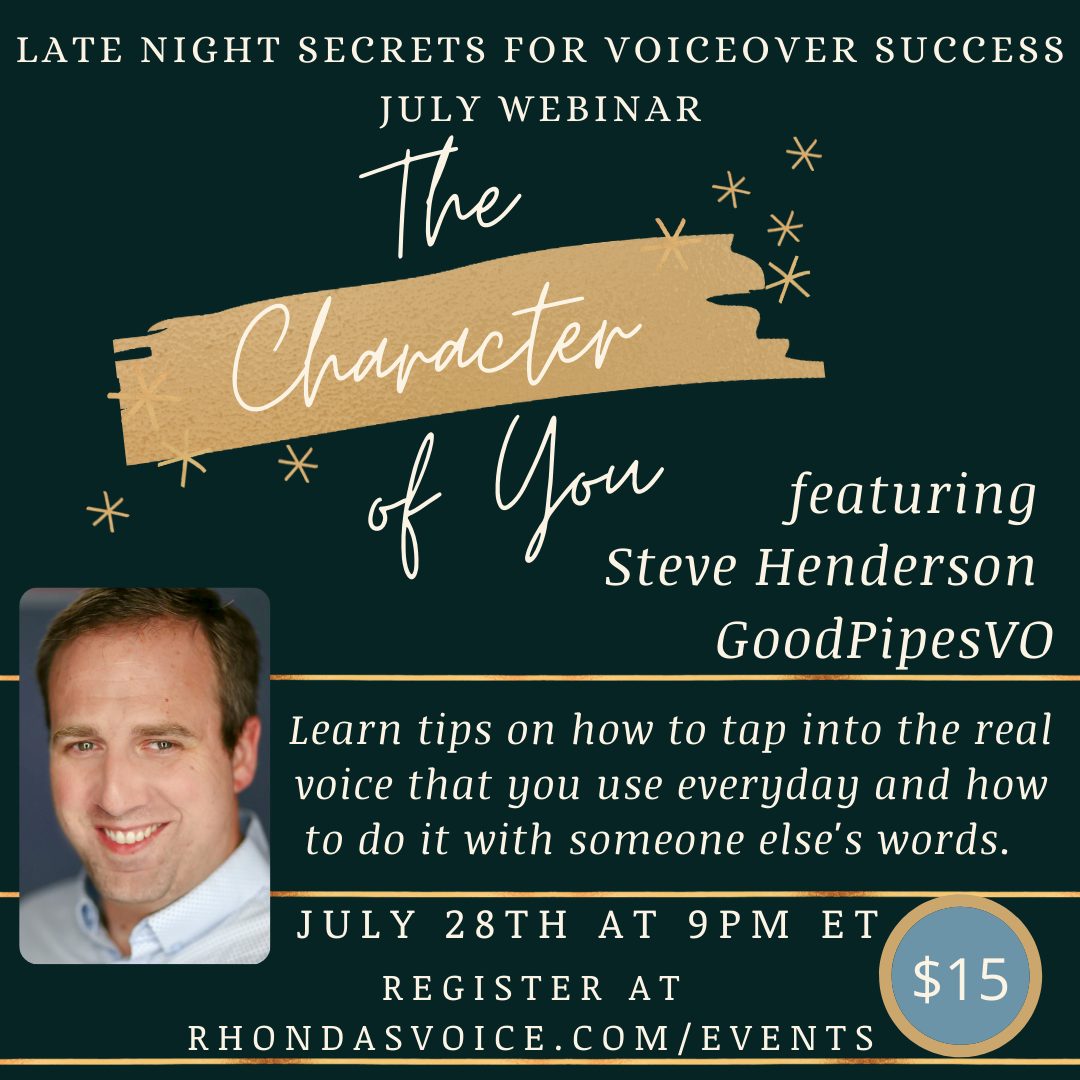 Nailing the conversational read can be a really difficult task. During this 1.5 hour webinar, top VO pro and coach, Steve Henderson, will examine why we get asked to do the conversational read so often and why it is so hard to master. There are some suggested common industry practices that could be misleading you in your delivery. Steve will introduce some techniques on how to tap into your real true voice or ‘The Character of You’. He’ll also be sharing some physicality features that he uses in his own reads. Steve talks about what the “Burden of the Words” are and how they may be hampering your delivery. You’ll learn lots of amazing performance tips and tricks during July’s episode of Late Night Secrets for Voiceover Success.

Steve Henderson is a full-time voiceover actor who has worked in VO for over 30 years. He is repped nationally by ACM Talent and is based in Atlanta, GA. Steve is an instructor at The Atlanta Voice Over Studio and an individual instructor through GoodPipesVO. Some of his clients include NASCAR, Cartoon Network, The Inspiration Network, Chik-fil-a, UPS, Georgia Public Broadcasting, Primerica, Georgia-Pacific, Lays and many more.