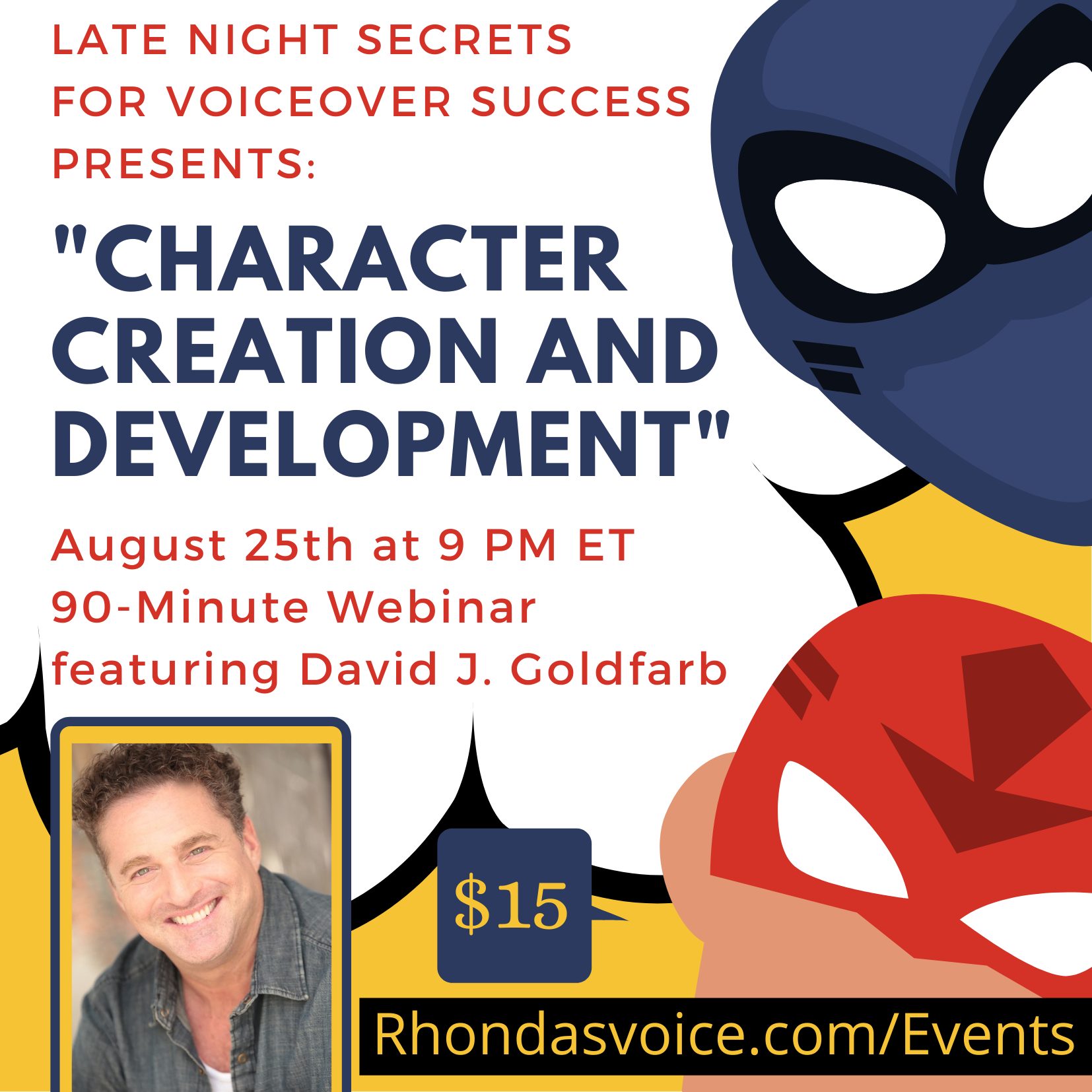 During this 90-minute webinar, you’ll learn some of the mechanics of creating and developing various character roles. From making various sounds, grunts, moans and groans to being a fully developed video game character, David will cover it all (or at least as much as he can fit into 90-minutes.) We’ll talk about performance, vocal health, dealing with your inner critic, find a relationship to your characters and more. There will be Q & A throughout this fireside style chat. For all of you Characters that voice Characters, this webinar is for you! August 25th at 9pm ET (6pm PT, 7pm MT, 8pm CT).

Born in Seattle, Washington, David Goldfarb studied improv at the Groundlings in L.A.  David is best known for his quirky and unique characters for video games, commercials and in film. You’ve heard his voice as Ludwig von Koopa on Mario Kart 8 (2014) and seen him spoof Captain Kirk in a Volkswagen commercial. David’s film credits include roles that have won accolades at regional festivals. One of his early career breaks came when Disney hired him to dub the voice of Chance, the American bulldog (played by Michael J.Fox) in Homeward Bound: The Incredible Journey (1993). In 2014, David voiced the witty Dr. Wallow for the game, Bombing Bastards. He is also creating dinosaur sounds and voices for exotic animals in the soon-to-be released Xplore: Pangaea, a web-based virtual educational world for children. His voice overs garnered him one of Seattle’s “Best Voices” awards from Bad Animals studio six years in a row. David studied improv with Gary Austin in New York. He has written and performed stand up comedy around the U.S. and Canada. While in college, David won a regional MTV Comedy Laugh Off contest and placed in the Top 5 in the national championships.